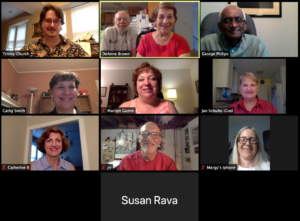 One of the most popular works of Western concert music, Beethoven’s ninth and last completed symphony has meant many things to different people. This work is fitting to examine, as we hear and explore music’s impact during difficult times in this season of Advent. Using the documentary Following the Ninth: In the Footsteps of Beethoven’s Final Symphony as focus, we will discuss the impact this work has had worldwide. About the film:
Filmed on four continents, this documentary film looks at the global impact of Beethoven’s hymn to humanity, his battle cry of freedom, his Ninth Symphony. The Ninth was at Tiananmen Square in the spring of 1989 during the student revolt. The same year, when the Berlin Wall came down, the Ninth was there to amplify the celebrations. Under the Pinochet dictatorship in Chile, women marched on torture prisons with the Ode to Joy as inspiration. And in Japan, the Ninth was there to repair and heal after the devastating Tsunami of 2011. Following the Ninth is both inspiration and hard-hitting, and a testament of hope.
Please join us on Sunday, December 13 at 7pm. Whether you watch the documentary and want to join intently in discussion, or want to sit back and revisit familiar music, all are welcome. Contact the office at communications@trinityucity.org for Zoom information.

This documentary is part of a film festival called The Power of Music in the Midst of Difficult Times that was created for Advent and Christmas 2020. This is a link to the reflection guide of the film festival.

Here is the link to the documentary Following the Ninth: In the Footsteps of Beethoven’s Final Symphony.